What if thought had the physical power to focus our lives, heal our bodies and even transform the Planet?

The Intention Experiment is a gripping scientific detective story about this mind-blowing discovery. It reveals how intention has a real effect on the world, and shows you exactly how to ‘power up’ your thoughts and intentions to change your life and those around you. Finally, it offers you the opportunity to take part in the world’s biggest mind-over-matter experiment of history.

I  was asked to review ‘The Intention Experiment ~ Use your thoughts to change the world’ by Lynne McTaggart by the publishers.

I had not read it, nor her previous book ‘The Field’ and still haven’t, which no doubt is the precursor to this overwhelming scientific evidence collated by Lynn and many dedicated scientists.

I come from a scientific background originally working in Physics laboratory as a technician involved in researching Diamond like Carbon for coating surfaces such as replacement hips etc. All very interesting but a messy job at the best of times.

Of course the entire department worked on many projects of research but my fascination began here and it helped that one of my dearest friends was actually a Doctor of Physics. Many deep discussions on a sub atomic and spiritual level and how they intertwined where held over the years.

Even though I have a scientific interest in the workings of the sub atomic, I have an even bigger interest in spiritual understanding – and even back then and we are talking 15 years ago – I seem to know without reading anything because the research evidence just wasn’t available publicly.

It was a kind of knowing that I would argue without reason – I even taught my son from an early age, discussing on a regular basis my own theory and then “The Secret” was born and lots of Physicist came out! It was wonderful! Information at last!

So when this book came what did I do? I gave it to my son to read, he was in awe for a while and would say mum you should read this, it was just what you were telling me!

Did I? No. For some reason I just picked up the book looked at the first few pages and put it down again. It was hard core reading and I think there was a scientific block happening – after all I had left that all behind and for the most part I was ridiculed for my thoughts. It took me a year to pick it up again.

This book is not the easiest to get into, well I personally found that so be warned if you are not scientific in anyway. It may just be all gobbledegook and you may just put it down and never read it. If you can get passed that though and find the gems of knowledge interlaced, you will be on to a winner!

Lynn writes this book thoroughly nothing missed, it’s filled with information on all the research and experiments conducted over decades by rebel Scientist. I say this because for the most part Scientist don’t like to change the format of old school teachings. Thank goodness for these wonderful people!

The experiments conducted by these brave individuals (who can lose respect and credibility very quickly in their world), highlight that basically on a sub atomic level that there is no structure until thought or intention is introduced, i.e. what we think is created on a sub atomic level instantly. Of course it’s more involved than my simplified view.

This so goes hand in hand with the teachings of Abraham-Hicks, a lot of which “The Secret” is based on. On a personal level this is fantastic. Remember the saying, “be careful what you wish for”? Well, wishes are intentions both positive and negative.

Lynn explains that research shows on a sub atomic level there is no moral differentiation between the two. Literally if you think negative thoughts they can have a severe impact both on yourself and others if they are directed that way. In fact between negative and positive, negative seems to have more impact!

One such experiment within the book that was documented, was of a plant wired up to polygraph. The plant exhibited upon being damaged. a reaction. In fact when this experiment was expanded upon, other plants in the office reacted too. They were alarmed by the damage of the initial plant – a kind of kindred alarm.

It goes on further to suggest that even plants out of the room were affected. The most incredibly part though is that there seems to be a time lapse. These plants reacted before the action was done – in other words the mere intention was enough to create a reaction.

This also applies to healing. This is where I would say that I recommend all healers should read this book. A lot of healers are attuned but don’t really understand the fundamentals behind the healing. If they understood, this powerful knowledge of the fundamentals; healers would be much more effective!

There is so much in this book, I thoroughly enjoyed it, and I have to say even though it was hard to get into at first, once I persevered it opened up like a flower offering the most beautiful display of wisdom and knowledge.

A wonderful gift to those who really want to be responsible for their world around them and at large. If we were taught this knowledge from birth the world would be a different place!

It is most definitely one of my favourite books!

Book Overall – Very interesting but It may not be easy to read if no scientific understanding but well presented. 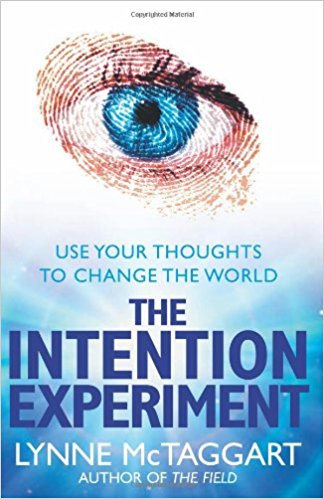